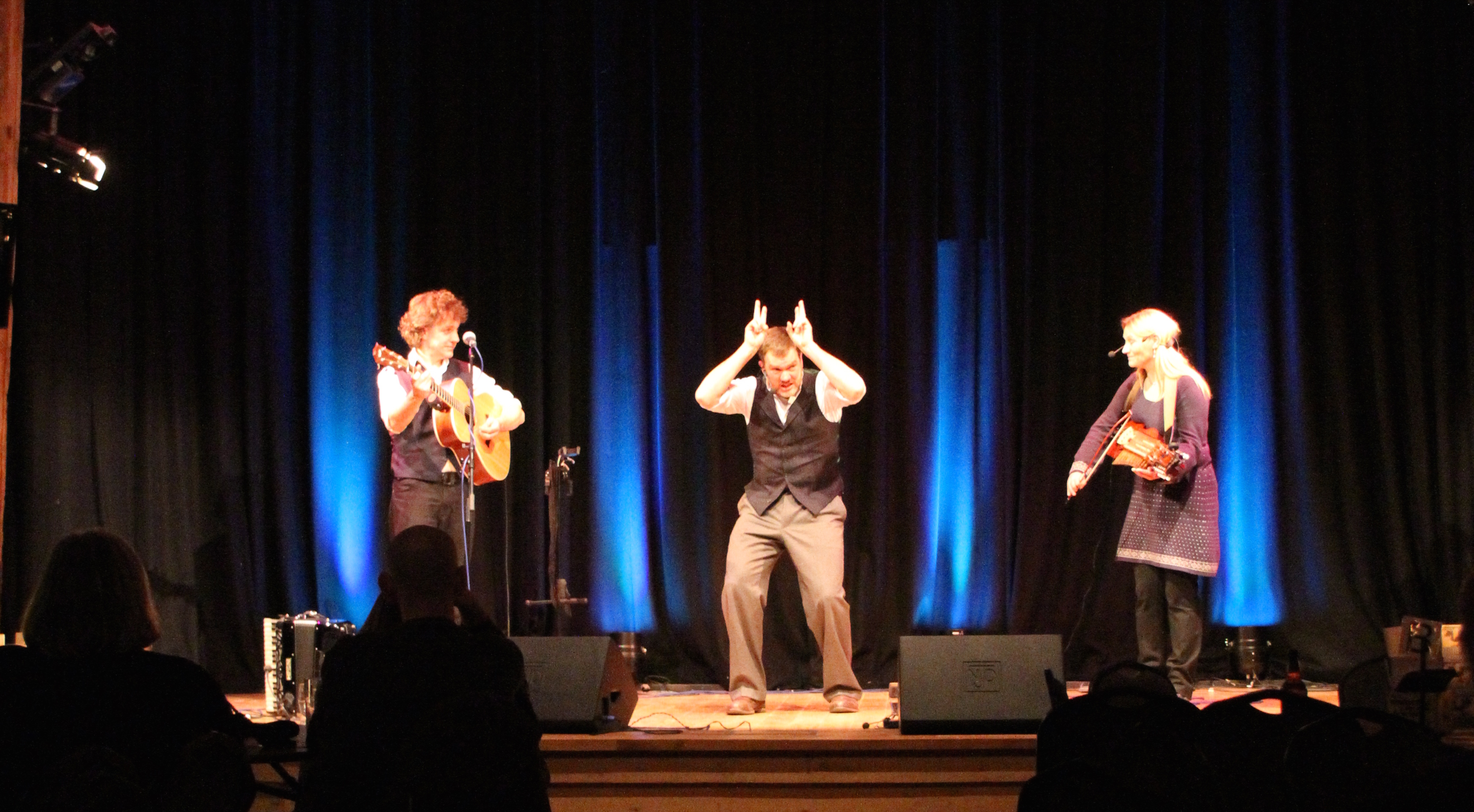 A riotous roller-coaster of a story, soaring from tenderness to wild hilarity,
all in a perfectly formed folk tale.

Drawing on the rich Swedish folk tradition and instruments, through spoken word, song and music ‘The Whispering Road” tells the story of hope in the darkness, of two strangers bound by a ring and of the one who could not love.

The evening is in two halves, first half is general song and music. Second half is the show, which runs at roughly an hour.